With our increasing use of technology, is it necessary to teach children handwriting? Research suggests that the benefits of teaching handwriting go beyond simply writing (Dinehart, 2014). There is increasing evidence of a link between the fine motor skills required in handwriting and the development of cognitive skills which lay the foundation for later academic success. When children write letters, they demonstrate better letter recognition skills which means they learn to read quicker.

Research suggests that the process of forming letters while handwriting activates neural pathways that are associated with strong reading skills. In fact, handwriting plays a crucial role in the formation of these brain networks which underlie the development of strong reading skills. These brain connections are only made when children are engaged in handwriting activities, not when tracing or typing letters (James & Berninger, 2019).

Therefore, replacing handwriting instruction with keyboarding skills in the primary school years can be detrimental to students development of literacy skills. “Switching to keyboarding before students have developed handwriting skills may reduce their ability to recognise letters” (MacKenzie, 2019) which impacts their letter writing fluency and overall reading development.

Learning handwriting can be compared to learning times tables. Just as we know that in mathematics, a good automatic knowledge of the times tables can free up the brain for higher order thinking, the same can be said for handwriting. If it is automatic, children can concentrate on the content of what they are writing instead of focusing on correct letter formation etc. This means they are better able to generate ideas and retain information.

For an early writer, their mind can be freed up to think of phonics, spelling, punctuation and the message they are trying to convey. If letter formation is laboured and cognitively difficult, the reverse is typically true; the students spelling is typically poor, their punctuation is lacking and the content of their writing can be disjointed or unclear or very brief, rather than lengthy and detailed.

We need children to have a good grasp of handwriting so that they can demonstrate an understanding of concepts taught. Ultimately, after emerging from an effective handwriting program, children should be concentrating on idea formation not letter formation!

How to teach handwriting?

A multi sensory approach (instruction and practice in a variety of different styles of learning) appears to have significant advantages in handwriting acquisition. Combining numbered arrows, starting points for letter formation and air writing has been found to be effective in assisting a child to develop consistent formation of letters. In the early years the focus is on the development of correct motor patterns, rather than on speed. This research forms the basis of PLD’s approach which provides visual prompts in the form of arrows, combined with verbal cues for letter formation and the practice of air writing to help consolidate strong letter formations. 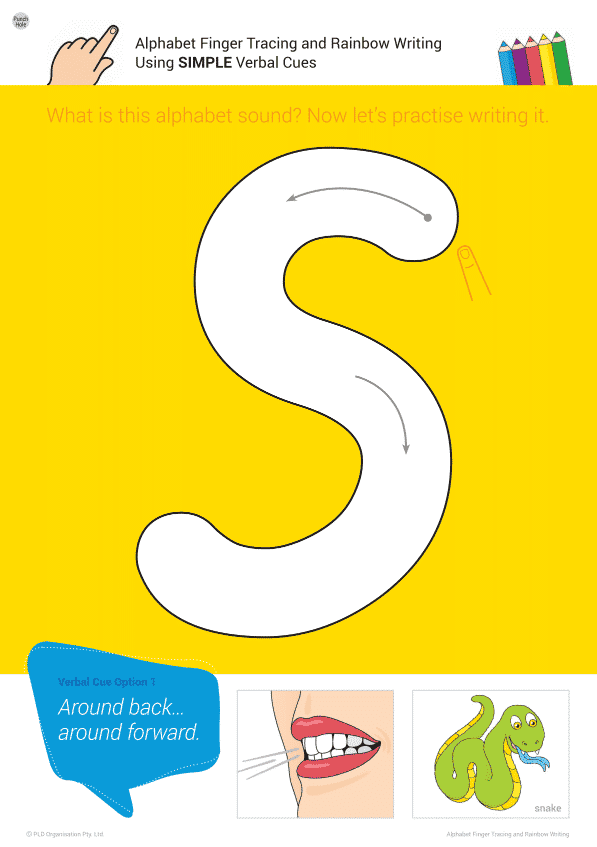 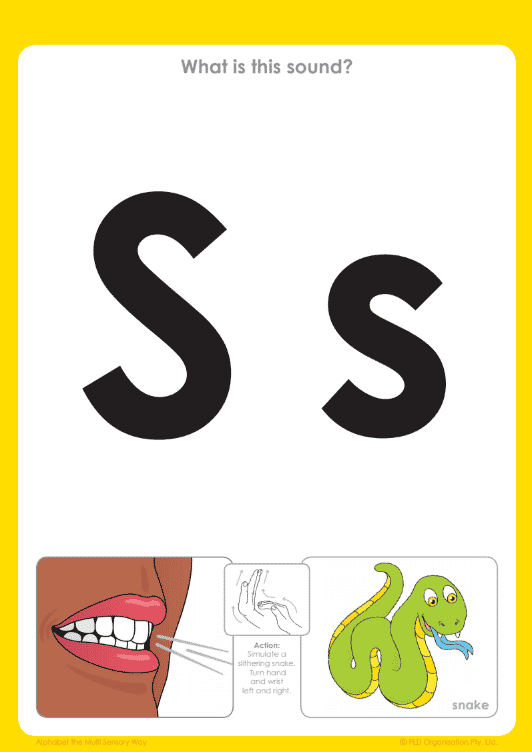 The importance of a consistent approach

The importance lies in the CONSISTENCY of the approach a school uses towards handwriting. It is essential that from one year to the next, each teacher adopts a similar style of handwriting instruction, to allow for maximum retention by the students, and effective incremental learning. The adoption of the PLD handwriting range over 2 to 3 years will assist the facilitation of a consistent approach.

PLD recommends explicit teaching of letter formation as part of a synthetic phonics approach to literacy. Through establishing ideal handwriting technique and embedding this instruction within daily phonic instruction, each student’s potential for academic success will be maximised.

Researcher Dr Virginia Berninger, suggests teaching print first as it transfers better to word recognition; then introducing cursive later (in the middle primary years) as it assists in the development of speed for compositions; and finally in the upper primary years the introduction of touch typing skills.

Adopting a cursive font for spelling and writing and a foundation font (found in the majority of readers) for reading, makes the process more complicated. This is especially true for children who have difficulty with visual perception, and forming a memory of the letter shapes.

Cursive letters are more difficult for students to recognise, and letter reversals are not reduced by using cursive fonts (Richmond, 2010). There is no evidence to support the theory that students transition to joined writing more easily when using a cursive font.

In the early childhood setting, teachers will come across difficulties when a cursive font is instructed.

Significant numbers of young children will experience difficulty with the ticks at the end of letters being formed. Some of these students will produce large or disproportionate ticks (i.e. poor control of the ticks). Other students may form a foundation font letter and then after the removal of the pencil a tick is then added (i.e. rather than a continuous and controlled single motion, 2 patterns are produced with a pencil lift between each.)

A consistent reading and handwriting font is recommended to enhance children’s handwriting and literacy acquisition. At PLD, our position is always to suggest a foundation font from the Early Years to Year 2 and thereafter a cursive font.  We believe that this sequence gives students the best opportunity to establish confidence in literacy and fine motor skills allowing them to gradually develop speed and their own style.

In what order should letters be introduced?

The order of introduction of the letters of the alphabet to beginner writers appears to have no impact on the quality of their handwriting. However, as capitals are used less frequently, they are less essential in early instruction.

Ideally the sequence in which letter formation is introduced should follow that of the Structured Synthetic Phonics (SSP) Program used. This holistic approach ensures children develop strong representations of the letters/sounds for both reading and spelling skill development.

In an SSP Program, reversible letters commonly confused are grouped and taught separately. This is also important for handwriting development as a child will make fewer errors when one letter formation has been well learned before a similar reversible letter is introduced (e.g. b/d).

PLD’s structured synthetic phonics approach is based on the latest research and incorporates phonics instruction with writing instruction. Considering the research evidence for the importance of handwriting instruction for literacy learning, the question of whether it is necessary to teach handwriting in this era of technology should be replaced with the question of “How can educators justify not teaching handwriting as well as computer tools during the elementary and middle school grades?” (James & Berninger, 2019, p.29).

PLD’s approach to literacy instruction is based on the latest research and incorporates structured synthetic phonics with handwriting instruction in addition to programs focusing on dictation and narrative development.

At PLD we believe handwriting instruction is critical to the development of writing AND overall literacy development as evidenced by our multi sensory approach to literacy instruction.

MacKenzie, B. (2019) How to Teach Handwriting – and Why It Matters. George Lucas Educational Foundation. https://www.edutopia.org/article/how-to-teach-handwriting-and-why-it-matters